Do you receive our updates about upcoming bridge classes?

If you would like to receive our periodic email updates, please sign up by clicking the button below.

Here’s this month’s prescription of bridge humor. Be sure to check back again next month for your next dose. Remember, we’re supposed to be having fun!!

Four old retired guys are walking down a street in Naples, Florida. They turned a corner and see a sign that says, Old Timers Bar – all drinks 10 cents.’ They look at each other, and then go in, thinking this is too good to be true. The old bartender says in a voice that carries across the room, ‘Come on in and let me pour one for you! What’ll it be, Gentlemen?’

There seemed to be a fully-stocked bar, so each of the men ask for a martini. In short order, the bartender serves up four iced martinis…shaken, not stirred, and says, ‘That’ll be 10 cents each, please’ The four men stare at the bartender for a moment. Then look at each other…they can’t believe their good luck. They pay the 40 cents, finish their martinis, and order another round. Again, four excellent martinis are produced with the bartender again saying, ‘That’s 40 cents, please.’ They pay the 40 cents, but their curiosity is more than they can stand. They have each had two martinis and so far they’ve spent less than a dollar.

Finally one of the men says, ‘How can you afford to serve martinis as good as these for a dime a piece?’ ‘I’m a retired air traffic controller,’ the bartender said, and I always wanted to own a bar. Last year I hit the Lottery for $25 million and decided to open this place. Every drink costs a dime – wine, liquor, beer, it’s all the same. “Wow!!!! That’s quite a story,” says one of the men.

The four of them sipped at their martinis and couldn’t help but notice seven other people at the end of the bar who didn’t have drinks in front of them, and hadn’t ordered anything the whole time they were there. One man gestures at the seven at the end of the bar without drinks and asks the bartender, “What’s with them?” The bartender says, “Oh, they’re all bridge players. They’re waiting for happy hour when drinks are half price.” 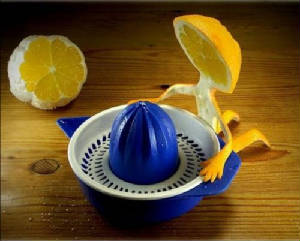 I asked a student recently if he knew the definition of a “suicide squeeze” play technique. The next week he gave me this picture.